Chemical corrosion inhibitors came into the fire protection industry during the early 2000’s. At that time, it was widely thought that microbiologically influenced corrosion (MIC) was responsible for leaking fire sprinkler systems.

“Piping cleaning treatments and corrosion inhibitors for the purpose of halting identified corrosion activity have proven to be troublesome when used in fire protection systems. The introduction of a treatment solution into a sprinkler piping network with dead-end pipe runs and pendent drops can result in a large variation of solution concentrations and exposure time throughout the system.

Consistent concentration levels and full removal of the treatment solution and any dislodged pipe scale are necessary to ensure a successful system treatment. This has proven to be very difficult in practice for fire sprinkler systems. Most vulnerable to these treatments are pendent sprinklers, which can serve as low points for the collection of stratified treatment chemicals, pipe scale, or both. This can result in accelerated sprinkler corrosion (leaks) or restricted sprinkler orifices.” 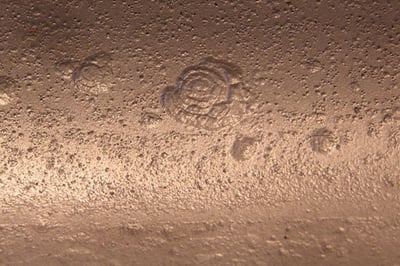 In 2008 Engineered Corrosion Solutions began to publish research showing oxygen corrosion to be the primary cause of fire sprinkler system leaks, MIC was proven to be a secondary reaction, that while occurring, rarely resulted in a leak.

Knowing that oxygen gas was the primary driver of corrosion, ECS began to design and market equipment and processes that remove oxygen from both wet and dry fire sprinkler system pipe networks.

By the end of 2010, ECS had demonstrated Wet Pipe Nitrogen Inerting, the process of displacing trapped oxygen with nitrogen prior to filling the wet system with water, to be extremely effective in stopping leaks in wet systems. In fact, leaks in heavily damaged systems can be drastically reduced without replacing any sprinkler pipe. Further, with minimal pipe replacement and wet pipe nitrogen inerting, leaks can be completely stopped.

With highly respected industry companies such as FM Global indicating that chemical corrosion inhibitors are not appropriate for fire sprinkler systems while endorsing nitrogen-based solutions, it seems clear the direction that fire protection is headed.

To learn more about why chemical corrosion inhibitors are not an appropriate corrosion control strategy for fire sprinkler systems, download our white paper below.