The Best Methods of Maintenance for Wet Pipe Sprinkler Systems

In the fire sprinkler industry, the inspection, testing, and maintenance of existing water-based fire sprinkler systems is a crucial aspect of ensuring the proper functionality of the system when needed. Without properly maintaining your fire sprinkler system, there is no guarantee that it will operate as designed when called upon, leading to severe and unnecessary risks such as loss of property and more importantly, loss of life. Based on a 2017 NFPA report, 96% of water based systems were effective when called upon. Of the 4% of systems that did not operate properly, it was found that 81% of them failed due to failed water delivery. By following NFPA 25’s standard practices for the inspection, testing, and maintenance, one can significantly decrease the chances of system failure and mitigate unnecessary risks in the case of a fire emergency.

How Wet Pipe System Maintenance Can Cause Corrosion

While following NFPA 25’s guidelines for wet sprinkler maintenance is important, it is also crucial to understand the corrosion risks that are presented while this maintenance is being conducted. One significant aspect of wet system maintenance is internal inspection, which requires the system to be opened and drained to verify that there is not a significant amount of debris in the piping network that could lead to failed water delivery. This draining process allows for new oxygen to enter the system, which will in turn lead to more corrosion and debris build up later after the system is refilled. Due to the large amount of system failures attributed to obstruction, it is extremely important to consistently check systems for debris (this is accomplished by completing a five-year internal inspection which is required by NFPA 25), but it is equally important to implement preventative measures to mitigate this risk from the start. To prevent this corrosion induced hazard, ECS offers two options: automatic air venting or complete nitrogen inerting of the system.

The first option of automatic air venting can be accomplished utilizing ECS’s PAV-W Ejector Automatic Air Vent. A single PAV-W will be installed at an accessible high point on each wet pipe fire sprinkler system involved. After system maintenance is completed and the system is refilled with water, the trapped air within the piping network will migrate to the high point of the system and will eventually be forced out via the PAV-W, decreasing the total amount of corrosive oxygen within each system. Since the relationship between oxygen content and corrosion is linear in a wet pipe fire sprinkler system, decreasing the amount of oxygen within a given system will directly correlate to less oxygen corrosion occurring (i.e., if we remove 50% of trapped oxygen from a given system, corrosion will be decreased by a total of 50%). The additional perks of the ECS PAV-W Ejector Automatic Air Vent include its dual-float design, which provides a fail-safe mechanism in the event that the first in-line float fails and allows water to pass. If this were to occur, the secondary float will then close, preventing any water from leaving the assembly. In addition to this, a floor-visible gauge will also be activated showing the user that the first float has failed and been pressurized. This patented, dual-float design removes the need for any plumb to drain requirement, making the installation of the PAV-W extremely simple.

Although installing air vents on wet pipe fire sprinkler systems will help to improve corrosion resistance post-maintenance, it is important to understand that corrosion will continue to occur. The PAV-W Automatic Air Vents are designed to decrease the total amount of oxygen within a system, thus lowering the amount of corrosion occurring, but they are unable to remove all oxygen from a given system. As long as oxygen, water, and steel are present, corrosion will occur in some form.

In order to completely prevent corrosion from occurring, nitrogen must be used as the supervisory gas in place of oxygen, which can be accomplished by utilizing ECS’s PAV-WN Nitrogen Inerting Vent. The PAV-WN Nitrogen Inerting Vent is very similar to the standard PAV-W as each vent will be installed at an accessible high point on each wet pipe fire sprinkler systems desired. This version of the vent is fit with a pressure relief valve that will allow us to pressurize the system up to 30 psi with nitrogen, and a nitrogen sampling port that will allow us to test the nitrogen purity within the system. The PAV-WN will also come with a nitrogen injection port which will be installed on the riser of each desired system, allowing us to pump nitrogen directly into the piping network.

After system maintenance has been completed and the system is ready to be put back into service, a source of nitrogen will be plugged into the injection port on the riser (either a compressed nitrogen cylinder for smaller applications, or a PGEN-60 nitrogen generator paired with a 200-gallon storage tank for larger applications). The system will then be pumped up to 30 psi with pure nitrogen, and a nitrogen purity reading will be taken at the PAV-WN Nitrogen Inerting Vent. If the system purity has not yet reached 98%, all nitrogen will be drained from the system and the process will be repeated, as seen in the diagram below.

Once the system has reached an internal nitrogen purity of 98%, corrosion will no longer occur within that system. The Wet Pipe Nitrogen Inerting (WPNI) Process is going to be the only way to completely stop oxygen corrosion from occurring. After the initial WPNI process has been completed, a modified version of the process can be used anytime system maintenance must be done. If a system has already been inerted to 98% purity and maintenance/internal inspection must be completed, a source of nitrogen should be plugged into the injection port on the riser before draining the system. After this, the system should be drained from only a single location (the main drain can be used) while the injection port on the riser is open and allowing nitrogen to enter the system. By backfilling the system with nitrogen during the draining process, corrosive oxygen will not be pulled into the system from the atmosphere and the system will remain inerted with 98% nitrogen. Once system water is completely drained, the piping network will be at a net-zero pressure with only nitrogen remaining in the system. At this point, system maintenance can be completed, and the system can be closed and filled as usual without having to repeat the entire WPNI process.

The importance of maintenance, testing, and inspection of wet pipe fire sprinkler systems cannot be undermined; as is the case with any life safety system, they must be kept in the best possible condition to ensure that the lives of those being protected by it are secured. In the case of wet pipe fire sprinkler systems, this not only includes the standard maintenance and inspection laid out by NFPA 25, but also implementing preventative measures to minimize any corrosion related failures that could be brought on as a side effect of this maintenance. If you’re interested in learning more about the ECS wet pipe system products, contact us to speak with our team of corrosion experts. 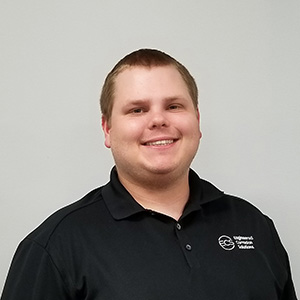