Microbiologically Influenced Corrosion (MIC) is a result of the presence or activity of microorganisms on the surface of a material that is susceptible to corrosion. There are multiple mechanisms that can be categorized as MIC. Depending on the type of bacteria that contaminate the system, the corrosion rate can be accelerated by the following mechanisms:

It is well known that bacteria can almost always be found in water and deposit samples that are collected from fire sprinkler systems for evaluation, but that is not the primary cause of corrosion, or metal loss, in the system. One can’t deny the fact that MIC is sometimes a contributing factor to the overall corrosion taking place, but the act of oxygen dissolving into the moisture and then reacting with the metal in the pipe, is the dominant aspect that drives corrosion based leaks in fire sprinkler systems.

What is Oxygen Corrosion?

There are three physical attributes of oxygen gas that greatly affect the corrosion reaction with steel pipe:

All the reactions that take place due to the presence of oxygen produce solids that are trapped within the fire sprinkler system piping and will impede water delivery in the case of a fire related emergency.

How Do We Know?

ECS has been assisting clients in understanding and mitigating risks associated with corrosion in fire sprinkler systems for over a decade, and our main approach is to dissect and analyze failed sprinkler pipes. We have found that each type of corrosion exhibits characteristic metal loss patterns that are distinguishable from each other, and after analyzing thousands of samples, less than 5% of the leaks that occurred were caused by bacteria. As you can tell from Figure 1, the difference in pitting between MIC and Oxygen corrosion is fairly obvious.

The reason that dry and preaction fire sprinkler systems develop corrosion related leaks is as follows:

The goal of Dry Pipe Nitrogen Inerting (DPNI) in dry and preaction fire sprinkler systems is to first purge the oxygen rich air from the piping and second to eliminate the future introduction of oxygen gas into the system piping, thus stopping the corrosion process all together.

When inerting a dry or preaction fire sprinkler system with nitrogen, there are three essential components that are required:

If all the oxygen in the wet pipe fire sprinkler system piping is displaced with nitrogen gas before the system is filled with water, oxygen corrosion can be completely stopped. This is at the heart of the Wet Pipe Nitrogen Inerting (WPNI) process.

When inerting a wet fire sprinkler system with nitrogen, there are three essential components that are required:

Once these protocols have been successfully implemented into a fire sprinkler system, full corrosion control has been achieved. By removing Oxygen from the system all together, the corrosion process stops completely. 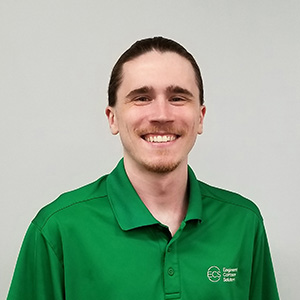