How Does a Fire Sprinkler System Work?

A fire sprinkler system is an active type of fire protection system that discharges water in the event of a fire.

In this post we will take a closer look at how these fire sprinkler systems work — and why it's vital to keep them well-maintained and corrosion-free.

Despite the typical Hollywood portrayal, most fire sprinkler systems are designed so that sprinklers only operate individually. In other words, all sprinklers on the same system will not operate at the same time. This design allows the fire sprinkler system to discharge only the amount of water necessary to control (or suppress) a fire, and not an excessive amount that may cause significant water damage and unnecessarily stress the water supply.

As is the case with all mechanical systems, fire sprinkler systems will degrade over time from continued corrosion activity related to system modification, maintenance, and testing. There are many variables that determine how quickly a system degrades, but ultimately system performance will be affected.

As a sprinkler system degrades it can lead to excessive build-up of debris inside the piping network that can partially or fully obstruct supply piping or completely block water flow from a fire sprinkler. This prevents the fire sprinkler system from providing the required water pressure and flow needed to control a fire should one occur.

Corrosion can also cause pipe failures and leaks that result in water damage and extensive repair costs. It requires a collaborative effort between building owners, property managers, fire officials, and fire sprinkler contractors to work together to ensure fire sprinkler systems are inspected and maintained properly and that corrective action is taken immediately when deficiencies are found.

With this information in mind, you can see how important it is to maintain a functional and corrosion-free fire sprinkler system. Contact our team of experts today to learn how to protect your own industrial sprinkler system. 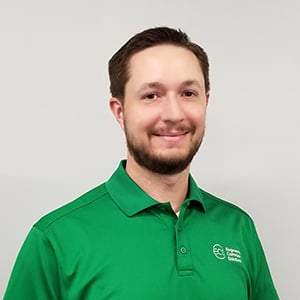