If you’ve got questions about corrosion in your fire sprinkler system, you’re not alone. Corrosion is a widespread issue the industry faces, and we’re here to answer those questions and solve the problem for good. There’s a lot of questions out there, and we’ve got the answers to all of your frequently asked questions. 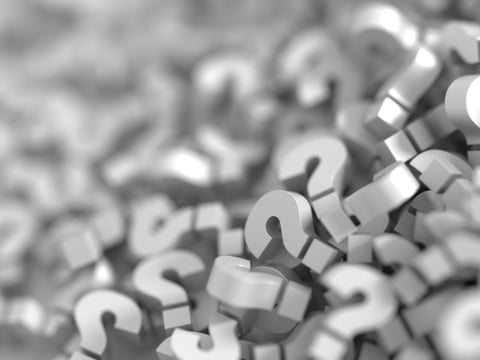 ANSWERS TO EVERYTHING WE GET ASKED, WHAT'S THE WORD... FREQUENTLY.

In wet pipe fire sprinkler systems, it is oxygen in the trapped air at the high points that most often cause corrosion.  Periodic testing, draining, and re-filling wet pipe systems accelerate the corrosion with a fresh supply of oxygen gas to react with the pipe metal.  Every time the piping is drained and filled the corrosion reaction is reignited with the fresh supply of oxygen in the air that is introduced. View our Wet Pipe Systems.

In dry pipe fire sprinkler systems, it is the periodic introduction of fresh oxygen from the pressure maintenance gas provided by the compressor that accelerates corrosion.  Oxygen from the compressed air attacks the pipe at areas where there are trapped pools of water. View our Dry Pipe Systems.

WHAT IS MICROBIOLOGICALLY INFLUENCED CORROSION (MIC)?

WHERE IN THE FIRE SPRINKLER PIPING DO THE CORROSION RELATED LEAKS OCCUR?

In wet pipe systems, corrosion occurs most frequently where the air is trapped in the system piping.   The oxygen in the air dissolves in the water and immediately reacts with the first iron that it contacts.  This generally occurs at the air/water interface in high branch lines.  In dry pipe systems, corrosion always occurs under pools of trapped water, primarily at low point mains.  Water is introduced to the dry pipe system in one of three ways:  during hydraulic testing of the piping, as condensate from the air compressor and during periodic testing of the fire sprinkler system to satisfy code requirements.

In order for oxygen to cause corrosion in fire sprinkler piping, the gas must first dissolve into liquid water.  Then the oxygen accelerates the cathodic half of the corrosion reaction that causes the metal, in this case, iron or zinc, to give up its electrons in the anodic half of the reaction.  This forms a pit in the pipe wall where the metal has been converted into a positively charged ion in the water.  The iron ion reacts with oxygen in the water to form iron oxide (rust).

Dryers only reduce the amount of new water that is introduced into the dry or pre-action piping.  Unfortunately, most dry or pre-action systems already have plenty of trapped water in the piping from the initial hydrostatic test and from periodic testing of the system to meet code requirements.

Compressors without attached dryers add warm, moist oxygen each time they turn on.  Compressors with attached dryers simply add warm, dry oxygen to the system piping.  With regard to corrosion in dry systems, adding fresh oxygen is far more damaging to the piping than adding a small amount of condensate water.  Air dryers add significant cost and maintenance but provide little protection against corrosion.

CAN OXYGEN CORROSION OCCUR IN COOLERS AND FREEZERS?

There are two factors that limit corrosion in coolers and freezers:

While corrosion rates in coolers and freezers are very low, supply mains between the risers and cooler/freezer areas located in conditioned spaces can be highly susceptible to corrosion. Learn more about Protecting Cold Storage (Freezer) Applications here.

IS IT NECESSARY TO REPLACE THE ENTIRE FIRE SPRINKLER SYSTEM ONCE IT STARTS TO EXPERIENCE MULTIPLE LEAK EVENTS?

The process of repairing a leak in a wet pipe fire sprinkler system typically involves draining the system to replace the failed piece of piping.  This repair process adds enough oxygen to the system to fuel the next leak.  The process of leak formation can increase quite dramatically once it starts.  Fortunately, oxygen corrosion attack is highly localized in wet pipe fire sprinkler systems and typically only damages about 20-25% of the piping.  The remainder of the piping is generally unaffected by oxygen corrosion.

Dry (pre-action) pipe fire sprinkler systems generally only have corrosion-related leaks under pools of trapped water.  Here again, the corrosion is localized to only a small section of the main lines where the water collects into pools.  This is generally only about 20-25% of the main piping.  The dry branch lines often show no corrosion because there is no water present in them.  It is not necessary to replace the complete system. Learn more about our Corrosion Assessment Service.

WHAT METHODS CAN BE USED TO CONTROL CORROSION IN FIRE SPRINKLER SYSTEMS?

There are generally five approaches to controlling corrosion in any industrial application:

In the fire sprinkler industry:

WHERE SHOULD I INSTALL AN AIR VENT ON A WET PIPE FIRE SPRINKLER SYSTEM?

WHERE CAN I PURCHASE ECS EQUIPMENT?

WHY ARE AIR DRYERS AND STORAGE TANKS NOT REQUIRED WITH ECS TECHNOLOGY?

ECS membrane separation technology allows for the industry’s most simple and compact installation because there is no need for a nitrogen storage tank or refrigerated air dryer. The nitrogen membrane separators used are designed to filter out water vapor with no adverse effect on performance. Our systems are specifically engineered to eliminate the need for both tanks and dryers.

WHAT IS THE REQUIRED MAINTENANCE ON ECS NITROGEN GENERATORS?

WHERE ARE THE VENTS LOCATED ON A DRY PIPE SPRINKLER SYSTEM?

ECS uses the patented “fill and purge” breathing process to remove oxygen from the fire sprinkler system. Fill and purge (pressure cycling) thoroughly mixes and homogenizes incoming nitrogen with the air in the piping to dilute the oxygen concentration as it is vented to 98% nitrogen purity. This allows for placement of the venting device anywhere on the system piping. The best location for the vent is the riser as this provides easier installation, commissioning, and serviceability throughout the life of the corrosion management system.

WHAT ARE THE ADVANTAGES OF NITROGEN OVER AIR DRYERS FOR COLD STORAGE APPLICATIONS?

WHAT IS THE BEST METHOD FOR ASSESSING AN EXISTING SYSTEM FOR CORROSION?

The industry preferred tool for assessing corrosion in a fire sprinkler system is a pipe analysis using a sample from the system. ECS provides evaluation and analysis of corroded fire sprinkler piping to investigate both the cause of the metal loss and useful remaining service life data. Analysis will provide the most likely cause of corrosion and/or failures with custom remediation and corrosion prevention recommendations.